What is the ‘Event via Satellite’ Experience? 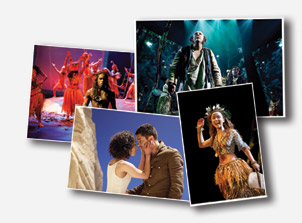 Thanks to technology available today, cinema audiences all over the world (and now Haslemere!) are able to enjoy live performances in their local towns, often for a fraction of the cost, while still feeling part of the experience, as if they were really there. Whether it is Theatre, Ballet, Opera or a Pop Concert, the idea is that you should feel ‘transported’ from your seat in the Haslemere Hall, as if you were sat right there in the O2 arena, the Bolshoi, The National Theatre or the Royal Albert Hall. This is achieved through clever use of filming from multiple camera angles (often in High Definition), and high quality surround sound transmission – all beamed live via satellite.

The shows, events and performances originate from a wide variety of venues and production companies from the UK and worldwide, including the UK’s very own National Theatre, who have launched a groundbreaking initiative (NTLive) to broadcast the best of British theatre to cinemas around the world.

“We couldn’t have foreseen that the experimental National Theatre Live season would be such a hit with audiences around the world, who are hungry to see our work in their local cinema”, says Nicholas Hytner, Director of the National Theatre.

"If you haven't experienced NT Live yet, I can't recommend it too highly" Daily Telegraph

Coming next
Event via Satellite...