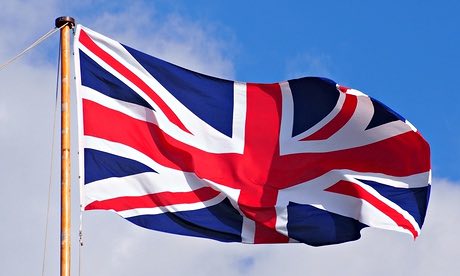 Haslemere Festival starts on Friday 12th May. One of the weekday talks was to be given by Jeremy Hunt whose subject was to be ‘Brexit and Haslemere: What will the impact be?’

Because the election has been called, Jeremy Hunt is in ‘purdah’ and not able to give his original talk. However, Haslemere Festival is now organising a ‘hustings’ to which all the candidates in the election have been invited.

David Black (Labour), born in Glasgow, lived in Godalming for over a decade until recently relocating. He is a senior IT manager for a major international IT company based out of their European headquarters in Surrey. David was a leading light in the local Labour Party for many years and even publicly campaigned alongside Jeremey Hunt against the proposed closure of Milford Hospital and the threats to the Royal Surrey County Hospital under the last Labour government. He was delighted to be successful back then but remains concerned that Jeremy seems to have forgotten some of the critical issues of those campaign, such as bed blocking, that now blight the underfunded NHS.

Jeremy Hunt (Conservative) grew up in Surrey and went to Charterhouse school before attending Oxford University, where he graduated with a first-class honours degree in Politics, Philosophy and Economics. In May 2010, Jeremy Hunt was appointed Secretary of State for Culture, Olympics, Media and Sport in the new Conservative/Liberal Democrat coalition and in September 2012 he was appointed Secretary of State for Health in the Prime Minister’s Cabinet reshuffle.  Jeremy divides his time between Westminster and his constituency home in Hambledon.

Dr Louise Irvine (National Health Action Party) has been an NHS doctor for over 25 years, and has seen the NHS from the inside and is passionate about saving it from Jeremy Hunt’s cuts and privatisation. She is determined to show the government that we will not stand aside while they destroy the NHS. She has seen A+E trolley waits soar, bed numbers fall by 7000 in 7 years, GP appointment waits increase dramatically, and thousands of nurses nationwide suffering hardship – and now she’s fighting for the chance to change all this.

Ollie Purkiss (Liberal Democrat) lives in Godalming with his wife and two daughters, 6 and 3. His eldest daughter goes to school in Farncombe, and his youngest is at a local nursery. Ollie works as a computer games designer in Guildford, and is a passionate local campaigner. He was elected to Godalming Town Council in February 2016. Ollie’s priorities are: fighting the Tory’s hard Brexit and keeping us in the single market, improving our dangerous air quality nationally and locally, supporting the NHS with the right level of funding especially for social care, and opposing school budget cuts to ensure that every child has a high standard of education.

Mark Webber (UKIP) was UKIP’s 2015 candidate for South West Surrey, coming second here. Last year he campaigned across London and the South East for a leave vote in the EU referendum. He is an IT consultant specialising in investment banking technology. He says that he is standing for election again to hold the government to account and to help ensure that the decision of the electorate to leave the European Union is actioned, and not fudged.

The format of the event is that every speaker will be given an equal time slot to make their presentation followed by time for questions. The sequence of speaking will be decided by lot.

The event will be held in the Haslemere Hall, starting at 12:30pm on Friday 19th May, with the doors opening at 12midday.