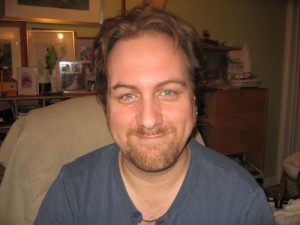 In order to celebrate the refurbishment of Haslewey Community Centre, we are proud to announce the first of what we hope to be a series of comedy nights at Haslewey.

Headlining will be Mitch Benn who is not only one of the most sought-after acts on the comedy circuit but is widely acknowledged as one of the best writer/performers of comic songs in the country.

Mitch is a regular writer and performer on “The Now Show” for BBC Radio 4 and “It’s Been a Bad Week” for BBC Radio 2. Three series of his successful Radio 4 show, “Mitch Benn’s Crimes Against Music” have been broadcast and he also presents “The Mitch Benn Music Show” on BBC Radio 7.

He is no stranger to television, appearing regularly on BBC1’s “The One Show” as the writer and arranger of “The Complaints Choir”. He also contributes to Channel 4’s “Bremner Bird And Fortune”, appeared on “The Last Word” for More4, “Gas” for Channel 4, “Live at Jongleurs”, “The Warehouse” and “Today With Des & Mel” for ITV, as well as “The Comedy Store” for Channel 5.

Supporting Mitch will be:

Amir Khoshokhan – Finalist in So You Think You’re Funny? 2012, the BBC Radio New Comedy Awards 2014 and the English Comedian Of The Year competition 2015.

Peter Halpin – A slick and quirky gag machine with an abundance of artfully written, unpredictable and often bizarre wordplay, puns and jokes, with some song and prop hilarity mixed in.

Fiona Ridgewell – A twenty-something year old female, who has a skewed look at her life experiences whilst continually looking to achieve a fairy-tale life.

Andy Stedman – Will be hosting the evening and keeping everything together. Andy will be coming to Haslemere after performing four weeks at the Edinburgh Fringe. He has previously performed at the Haslemere Fringe Festival and was one of the comics at this year’s Haslemere Does Comic Relief, where he masterminded The Haslemere Headmasters Team to first place!

This event is at the Haslewey Community Centre